(After La Peste by Albert Camus) Adapted by Neil Bartlett

The Plague is Albert Camus’ electrifying story about living through a time of crisis and fighting back against despair.

Originally written in the aftermath of the Nazis’ march across Europe, the novel struck a powerful chord with millions struggling to understand the fascist ‘plague’ that had just overwhelmed them.

When Neil Bartlett premiered his critically acclaimed and sell out stage adaptation in 2017, little could he have imagined that we would live through a time of plague followed by war in Europe and international and national economic challenges. Bartlett wanted audiences to interpret ‘the plague’ in the context the world around them. Five years after the original
production we have the opportunity to see The Plague through the prism of our own experiences.

Alton Fringe Theatre first read the play in January 2020 with the intention of staging it later that year…we know what happened next! Now, nearly three years later, AFT brings The Plague to the stage. Featuring a strong cast and live music, in an intimate and powerful setting, this production will cement AFT’s reputation for theatre that both challenges and entertains.

The Plague will be performed in Amery School Hall on 30th and 31st March and 1st April, 2023

Categories
2020- and ALL PRODUCTIONS 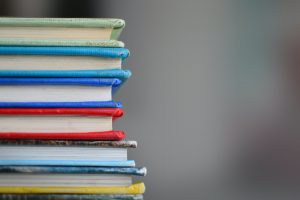 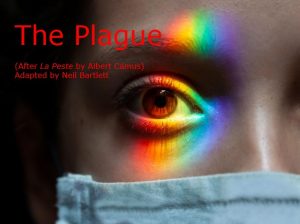 The Plague rehearsals have started with cast read-throughs